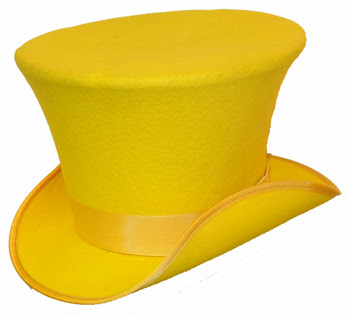 2007 has been another stellar year for everything: events, poetry, prose, music, good friends and long conversations over endless pitchers of beer at the Carleton and other locales. In my list of milestones I count having my chapbook Eleanor published by above / ground press and getting to read it all over the place; recording my own songs thanks to Roland Prevost; making new lifelong friends, friendships that have become even richer this year. I look forward to the discoveries of 2008 and for now am just basking in end of year reminiscence such as....

READINGS –links can be found somewhere within the blog :)

MARCH: Hugh Thomas, Sandra Ridley and Max Middle, the Carleton Tavern
I thought the combination was inspired. Hugh’s poems were especially striking to me. I love the way he plays with language and his sense of humour too is understated and intelligent, which I prefer to slapstick.

APRIL: Anne Szumigalski – When Earth Leaps Up – readings by Mark Abley, Nadine McInnes at the Factory Reading Series
I really liked hearing about the poet and her life; she sounds like the kind of person I would have liked to have known. I found it touching to hear Mark and Nadine read her work.

Steven Ross Smith & Shane Rodes at the Plan 99 Reading Series
I particularly loved Steven’s performances of the spaces in between his words. I’d read a bit of his poetry before he came, but it was a luxury to hear his interpretation of his work.

MAY:
Kate Greenstreet & Rhonda Douglas at the Factory Reading Series
Something beautiful and poignant in Kate’s work still lingers with me now. Rhonda’s Cassandra poems too are so memorable, even now.

JUNE: Susan Elmslie and Barry Dempster at the Tree Reading Series
I enjoyed the panel discussion on writing about historical figures. Susan’s poems about Nadja, the muse of Andre Breton and Barry’s poems about D.H. Lawrence and the health and personal issues that created a bond between author and subject.

OCTOBER: the Ottawa International Writers Festival Fall Edition was particularly inspiring this time around and fun and crazy. I can still hear Glenn and Patrick playing keyboard and cello to the vagabond prose of Leon Rooke, the whole audience mesmerized and happy.

NOVEMBER: ryan fitzpatrick, William Neil Scott and Natalie Zina Walschots at the debut of Max Middle’s AB Series
What a way to debut a series: innovative poetry and the best storytelling I’ve heard in a long time.

Monty Reid and the Snowy (Dusty) Owls
a rare treat to hear some of the older work and the new from one of our most prolific writers.

the Peter F. Yacht Club at the Carleton Tavern with readings by me, Nicholas Lea, rob mclennan, Roland Prevost, Sandra Ridley, Pearl Pirie and our waitress Kelli. the Carleton Tavern is a surprisingly warm and hospitable place where regulars receive the occasional free pitcher of beer, where the patrons bring in a bunch of xmas gifts for the annual dinner for the homeless, where there are knitters who come to drink beer and spin yarns, where there are Tennessee Williams plays and where rob holds readings sometimes. despite the fact that it was just before xmas, the turn out was wonderful. Steve and Cathy of Dusty Owl fame, brought a breadboard called “rob’s poetry board,” which they had us all sign. Monique and Kelli gave us cookies and there were a few gifts and hugs exchanged. i got a chance to catch up with people i hadn’t seen in ages. it was a great way to cap off 2007’s literary year.

POETRY published and read in 2007

What a great round-up of 2007! I'm glad that you enjoyed the authors from Brick Books - Mark Abley talking about and reading Anne Szumigalski's work with Nadine McInnis and the panel discussion with Barry Dempster and Susan Elmslie about writing about historical figures. The Tree Reading Series is a wonderful venue and Rhonda so supportive of our authors.