booty from the fair 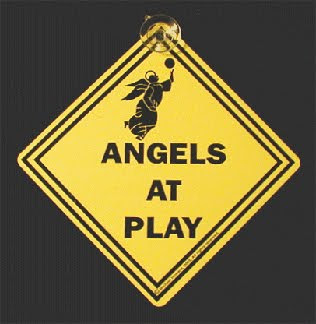 Anvil Press
wasn’t at the fair; they are way far away in BC; however, Arc Poetry Magazine was giving away books they haven’t reviewed and thanks to Kate’s kindness, i scored Suicide Pslams by Mari-Lou Rowley, & i admit to getting it merely because i liked the title and the pretty green cover, so we’ll see…
Apt. 9 Press
Cameron Anstee, She May Be Weary (published for Cameron’s reading at blUe mOndays last April, which i missed; beautifully made, of course, and someone’s been nipping at the Brautigan;)
Jim Smith, Exit Interviews (purchased at the pre-fair reading because Smith gave a killer reading, especially the pieces from the gorgeously made EI;)
Monty Reid, Site Conditions (because i want to have all of Reid’s garden series; in particular i enjoy the way he includes historical & biblical gardens in this series, each one of these garden works leads outward to exploration & see Pearl’s notes here.)
CURVD H&Z
a wee slim yellow type-written work by Stuart Ross from 1999 called Home Shopping with a cover designed by jwcurry. it was a mere $5; most other things on the table i couldn’t afford, but salivated over, as i always do.
Ex Hubris
Vis>Cue-Cue with some of my fav poets and pals: Christine McNair, Jamie Bradley, Sean Moreland, a reading i missed a few years ago, apparently the 2nd last of two copies; glad i snagged it.
Exile Editions
also not at the fair, but pooka press, all the way from BC, was here, with works by Catherine Owen; i picked up her first book: Somatic, the Life and Work of Egon Schiele (1998), something i’ve been looking forward to reading for ages; and speaking of Catherine Owen, i also picked up Caneide, 30 sonetti in cagnesco, a collaborative book of sonnets in English and Italian, made with Joe Rosenblatt & published by Shena Editore as a supplement of “Rivista di Studi Canadese”; Catherine gave a reading with Warren Dean Fulton in my living room not long ago and i picked up more of her wonderful books.
In/Words
a few of their publications traded with Dave Currie for a few AHP chapbooks & my own broadside from “ghazals against the gradual demise”: in/words verses put out for VerseFest; rescue poems by Jesslyn Delia Smith; In/Words 10.2 lovingly dedicated to John Lavery & including his semi-colon/full stop joke; with a story by Stuart Ross, who turns up in the most surprising places.
Pedlar Press
for us early birds, a sale: $5 per book; get there later and you end up paying full price. nice for me, who is always early and usually chided or made fun of for such. was a delight to speak with Beth Follett once again. i have never seen her at our wee fair before, so this was grand:
Antonella Briton, Sex Libris (the first published book of Pedlar & beautifully designed (gifted to me by Beth due to sweet excuse of infinitesimal flaws of cover);
Gregory Betts, the Others Raisd in Me (another i’ve had my eye on; i love to plunder & Shakespeare seems a fine object of plunder. i like the wit of the title and the design.;)
Joanne Page, Watermarks (with a beautiful cover by the author herself. when i was perusing the book to consider its purchase, i read from the prose poem “White”: “Pigment, writes Cennini in Il Libro dell’ Arte, comes in little cakes like goblets or drinking glasses.” SOLD!)
Ken Sparling, Book (i’ve read a number of reviews on this book and it sounds good, so i’m glad to have it;)
Souvankham Thamma Vongsa Small Arguments (i’ve had my eye on this book for donkey’s years);
Beth gave me a tip on one of my favourite Newfoundlanders, Joel Thomas Hynes. his book Right Away Monday made me drink more Guinness than i should. the book/film Down to the Dirt was entertaining and memorable. A Newfoundland press called Running the Goat has done a beautiful letterpress chapbook of his God Help Thee: A Manifesto, which i snapped up. & what's more, Pedlar is going to publish a book by Joel in the fall. i am most excited to hear.
i'm also very much looking forward to Sandra Ridley's Post-Apothecary, a new Pedlar Press poetry book that will be launching this fall. you know what the slogan of Pedlar Press is: "Making no compromise with public taste." hip, hip, hurray for Pedlar Press!
Phafours
free home baked and delicious raisin cake, pickles & a free wee folded booklet called re dis un cover, sweetly designed & illustrated by, i suspect, Pearl Pirie.
SunnyOutside Press
all the way from Buffalo, NY, they make wonderful books of poetry & prose, and have some works created on LetterPress. i bought two poetry books by a woman i have never heard of: Micah Ling: Sweetgrass & Three Islands. it was a combo of flipping thru & having a few lines jump out at me, the beautiful design of both books and wanting to support a press that came all the way from the US of A to our wee Canadian berg.
the Workhorsery
non-traumatizing Canadian fiction from Toronto; i admit that i loved their logo and designs so much, i wanted to buy something from them, and the vendors sold Pitouie by Derek Winkler so well, including a lovely book cover with that fabulous logo, i couldn’t resist.

the fair was wondrous this time, more so than usual because we had so many out of town visitors. most especially pooka press run by head pooka Warren Dean Fulton from Vancouver. i was thankful he made enough money to get home by Greyhound. the turn out was wonderful. we were told it was quite a bit better than some of the fairs others have gone to recently. i am pleased for Bywords and AngelHousePress, my own labours of love. we managed to sell numerous copies of the BQJ, broadsides, chapbooks and had fun in the bargin.

of course my favourite moments were seeing my dear Charles running around with devil horns on his head and taking beautiful black and white Polaroids of the vendors, many of which will gradually make their way up to timezero.ca, his Polaroid site. he is my whimsical co-conspirator.

i was pleased to chat with vendors and visitors, even the one who bled on Pearl’s chapbook, “over my dead corpus,” which seemed alarming, but somehow fitting. we prefer money to blood usually though.

thanks to rob mclennan, who is good enough to keep running this fair and doesn’t receive enough thanks by far, nor money. he, along with his two presses above/ground press & Chadiere Books (run with Jennifer Mulligan) were, as always, the heart of the fair with umpteen broadsides, chapbooks, trade books by great, unsung writers across Canada, free coffee and wit. the next fair will be in the fall. i will have one and possibly two new chapbooks from AngelHousePress for sale. stay tuned.

AngelHousePress has been invited and will attend the Meet the Presses Screaming Chapbook Market in Toronto on July 9. i have to say i am very psyched to be part of this fair, along with Apt 9 Press, BookThug, Emergency Response Unit, Gesture Press, Horse of Operation,Imago Press, Junction Books, Laurel Reed Books, Proper Tales Press, Red Iron, Serif of Nottingham, Talking Pictures, Toronto Poetry Vendors, Twoffish Press, and Underwhich Editions. these are presses that love the chapbook, as we do. we publish raw talent, ragged edges and rebels. we are spineless and have no intention of adding vertebrae to our angel wings. hope to see you at the MTP fair.
Posted by Amanda Earl at 3:47 PM