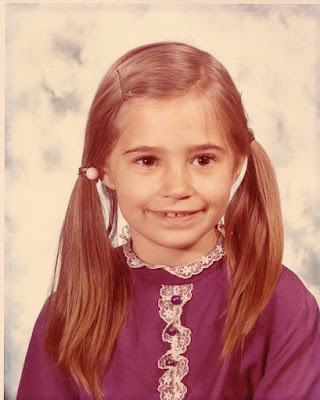 Interview with Philip Levine, who's coming to VERSeFest for the Summit on March 4. so many poets, so little time. hence the fest. one week of complete poetic immersion. i intend to focus very singly on the festival, meaning that i will be listening, reading & possibly writing inspired by the works i hear. this will be a feast!

"But mainly, I think the concerns of any good writing tend to be the same: to capture the experience of being human, to inhabit the curious realm of living. There’s a Neutral Milk Hotel lyric that says it well: 'How strange it is to be anything at all.' " Poet Debora Kuan answering rob mclennan's [12 or 20 questions ] question about theoretical concerns in her writing.

"Poems that don’t know what their point is take risks, explore. Poems that know their form but not their content or their content but not their form have places to go. They aren’t a spindrift repeating the same notion you went in with until you leave with the same. They broker in the bank of ‘why would you write that?’ with the best answer of ‘because.’" Pearl Pirie, the Adequate Answerable Why.

& here from the way back machine...Leonard Cohen reads his poems (in 1966) (in America)

speaking of Mr. Cohen, Michael Lista offers a wee note on the Hallelujah lyrics over at CBC Music…

Prisila Uppal talks about the Malahat Review in celebration of its 45th anniversary over on Radio Canada International. The launch took place at Victoria's Planet Earth reading series with over 100 people attending. Happy Birthday to the Malahat Review. Just a few years younger than me...& take a look at their Far Horizons Poetry contest, deadline May 2, 2012.

Stephen Morrissey muses about the transformative quality of poetry & its connection to psychology here. i am leery of & nervous about any writing with claims of "the truth" or gives the impression of having some special insight. as for me I fumble along…I explore, observe & play. no big pronouncements or insights chez moi. micromovents.

Danielle Cadena Duelen talks with Brain Brodeur about one of her poems over at How A Poem Happens I liked what she said about not believing in inspiration & writing poetry being like learning an instrument, practising the scales.

Jacket 2 gives us Samba-poesia from the streets of São Paulo, Brazil.

"the woods are full of police/90% Khalil Gibran, 10% carved wooden men" in Poetry Poems About Trees By K. Silem Mohammad

a review of Juliana Spahr's A Catalogue of Us All (Black Sparrow, May 2011): "She writes in an avant-garde line of post-Language poetry which traces its heritage from Gertrude Stein’s modernist experiments and Ezra Pound’s dancing intellect to Lyn Hejinian’s avant-garde life-writing and Ron Silliman’s “new sentence.” Read a bit of Stein’s The Making of Americans or a section of Hejinian’s My Life and you might recognize something akin to Spahr’s incantatory, recursive, verbal accumulation, which lets words become tones and patterns as well as meanings and premises." says Siobhan Phillips.

the first manifestation of FLOOR, a new magazine from the University of California at Berkley & edited by Lyn Hejinian and Christopher Patrick Miller is now online of aesthetic practice. Its aim is critique & calling into question or broadening the structure of critique. "We seek works on all scales that stake themselves as living experiments and not just ideological arguments, political allegories, etc. This can range from the noise rippling through an everyday task to a diagram for a 21st century collective housing project." & "6.How does art elaborate the necessity of public life, resources, and spaces? When the commons have become constricted, instrumentalized, or obliterated, can aesthetic practices recover or define some kind of common potential?" [as a side note, have you noticed how beautiful & polished on line magazines are becoming of late? Floor is an example of such.] take a look at Ryoichi Wago's "Silent Salute of Poetry," one of his serial poems after the Tohoku Earthquake in March, 2011.or "Angel" [excerpt] by Nathaniel Mackey. I'm loving this magazine already, reminds me a bit of Canada's own Influency Salon in its aesthetic & concerns.

Helen Hajnoski's Street-po (from January, but discovered by me now)


A teaser of the bleed 0.2 is out with a wee commentary on what asemic writing is. i have work in 0.1 along with the online publication.

& isn't it lovely to revisit Apollinaire's Calligrammes, some early visual poems: . for people hearing about visual poetry for the first time, I send them off to these poems first. because the first reaction to anything we haven't heard of is to dismiss it as a recent innovation.

the AWARD of the WEEK (a new category on Poetry Talk with Amanda Earl) goes to the busy & visionary Centre for Programs in Contemporary Writing at the University of Pennsylvania with 15 fabulous projects including Jacket2, Penn Sound & more. their on line library is full of rare wonders. take for example, SOCKLESS IN SANDALS, Collected Poems, Volume 6 by Bob Cobbing from 1985. "SOCKLESS IN SANDALS contains all the poems written between 1976 and July of 1985 which can be adapted to the typewriter." The Man with the Megaphone adds Spice to the Party {& please take a look at Van Gogh's Annotated Paintings, which begin on page 51 for your dose of WHIMSY}

& you can also link to the EPC's sound poetry page with links to MP3s by Hugo Ball, John Cage & more.

please try this amazing mashup device of Jhave Johnston who's taken PENN sound files (various works being read aloud by the authors) & made it possible for us to listen to multiple voices together. I did a mashup of Bill Bissett, Victor Coleman & bpNichol. soooo fun!

a big thank you to Eric Baus who is this week's Harriet tweeter. he's been tweeting great poetry links.

a whole pile of delicious chapbooks from above/ground press, starting with Barry McKinnon's Into the Blind World, a response to an emerging poet's engagement with Dante's Divine Comedy. do you have your subscription yet? (not to the circles of hell, but to above/ground press!)
Posted by Amanda Earl at 7:06 AM