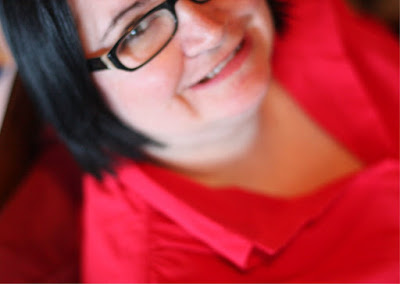 Poet Claudia Coutu Radmore responds to Olivia Johnston's 13 - 18, "a series of photographs by Olivia Johnston: "a unique and penetrating look into the world of teenaged boys." The vernissage is on Friday, March 16 from 6-8pm at SPAO, 168 Dalhousie & runs til April 2. These poems of Claudia's are imaginative & fun, full of word play.

jwcurry's latest catalogue is out "list 13: as random as it'll get" You should call or write him for your copy & then buy a bunch of things.

Pearl Pirie has a fine write up of head Book Thug, Jay MillAr's talk on the long poem/serial poem over at Tree this past Tuesday.

Bruce Kaufman, radio host of Kingston's Finding a Voice on CFRC 101.9 FM has created a blog to house the recordings of his interviews with writers & also their readings. takes a bit of time before the audio begins, but worth waiting for.

speaking of listening to writers read from their work, I suppose you already know, but I'll mention it just the same, Brick Books has a huge library of recordings on Audio Boo: http://audioboo.fm/BrickBooks & these are also on Brick's YouTube channel

Camille Martin's interview with American underground zine publisher Joel Daily is here. he talks of his poetry being published in Rolling Stone Magazine, of Hurricane Katrina, of Ted Berrigan & Alice Notely, his motivation to publish chapbooks, small press underground basement culture & his new chapbook Surprised by French Fries. it's a great interview. Camille and Joel seem like pals who go way back. it was good of them both to share this with us.


a call for code poems, in other words poems that use computer languages, (I think)…

an in-depth engagement with Ron Silliman's the Alphabet is something I found when I was searching for references to the book after his great talk & reading on March 10.

I'm not doing a full blown write up of the two events featuring Silliman, but boy oh boy did I love his poetry, the attention to detail, the sheer bulk of accumulation, the objective nature of the description mixed with questions out of the blue or the understated and careful doling out of emotional content, a word here, a phrase there. beautiful stuff. also I have to say I was amazed that the man has been writing a life poem since the 70s. with segments coming out at various times through the years. these are books 1,000 pages long. rob mclennan has an in-depth note on the talk & reading here . & i just noticed that Pearl Pirie also has an excellent report here.

Speaking of Ron Silliman, he posted a review of a new collection called Haiku 21 over on his blog on Wednesday here. it was interesting to learn what a fan he is of the form, but not that surprising when listening to his poetry with its spare nature even if there are many many pages.

please don't hurt me, haikuists, but I have to admit I have never been able to get into haiku. I have tried; like most budding poets, I wrote a shit load of it in the day & thumbed thru Basho translations, but I just can't seem to appreciate the form.

I understand the aesthetic of not wasting a word & the idea of writing of the immediate & both of these techniques are something all poets must strive for, but except for in brilliant haiku parodies like The Basho Variations by Steve McCaffery (Book Thug, 2007)[ "The Juvenile Basho: "tadpole/potty/ wee wee"], Sherwin Tjia's The World is A Heartbreaker: a pseudohaiku collection (Coach House Books, 2005) [became like/a snail that just/ got poked], the haiku just feels too predictable to me with a lot of poems about the moon or the river; the use of season words feels cliché to me; inevitably a carp appears. a bell rings. there are clouds & butterflies. sunlight shines through leaves. ho fucking hum. I need poems with an edge. otherwise I don't get poem shiver. plenty of excellent poets love the form though. hell, what do I know, I love anchovies, pornography & sports movies.

Jack Gilbert's collected poems released; although he's a prize winner, he is somewhat obscure. a local poet pal of mine loves his work. I am always happy to see a writer getting well-deserved attention.

Gary Barwin's Speechbook here. also seeing Swedish in everything. I am such a fan of his whimsical imaginative work.

I rarely recommend a Flickr stream but I highly recommend jwc 3o2's exhaustive collection of printed matter, particularly the works of bpNichol, graphics, graffiti, collage, constructions & installations. yes it is voluminous, but the work included represents a collection & is therefore specific & discriminating not just a free for all.

On Speaking of Poetry, several poets are interviewed about their poetic practice. I particularly like Patrick Lane's idea of starting the day with "piano exercises" that is to say, copying a poem by an established poet by hand. I used to do this & found the slowness of my handwriting made me focus on the poem.

For those who care about awards, the CBC Bookies are back for the 2nd year with several categories including poetry. Voting is on til March 31. You can vote for poetry collections by Patrick Lane, Linda Besner, Phil Hall, Jacob McArthur Mooney or Susan Musgrave here. apparently the choices were made by CBC producers.


Irving Layton fans celebrated his 100th birthday this week with readings taking place across Canada. Over at Globe and Mail books numerous writers talk about his work, his bombastic personality and his influence in an article by John Barber entitled "Why Irving Layton Matters"

BBC Radio Scotland will broadcast poems from each of the 204 countries participating in the coming Olympics to take place in London. The poems are being selected by the Scottish poetry library. Reading the poems will be people with ties to the respective countries. For example, a beauty therapist from Denmark, a Nigerian priest. daily readings started Wednesday & will be tweeted by @splwrittenword . Read the story from Guardian Books here.

& lastly, dear friend & prolific writer, publisher, blogger, man about town, rob mclennan turned 42 on March 15. we at PTWAE are glad he is here in Ottawa & on the planet & shall join in the festivities to mark the occasion.
Posted by Amanda Earl at 4:12 AM