Today's Poem: an invitation to you 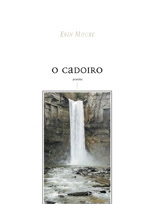 Share your interest in poetry by tweeting a line from a favourite poem over at #todayspoem.

Here's how it's usually done (usually one line for poem excerpt & another to credit author & book because of Twitter's 140 character limit.):

#todayspoem "It is early. I've gone walking./So you won't see my eyes!"

then go over to Pinterest & share your #todayspoem selection on the Today's Poem board. if you aren't already on Pinterest & you want to be, ask & I'll give you an invitation. apparently it's still in some kind of early adapters mode.

the Today's Poem Pinterest board, started by Vicki Ziegler of BookGaga has 75 followers so far & 133 pins (poems). why not add to the mix?

my motivation to participate in #todayspoem is to highlight good contemporary poetry. I noticed when I first joined that a lot of the selections were from pre-21st century poetry; not that there's anything wrong with that…but it's also important to see what's out there today.

please join me & and a bunch of other folk. it's a fun & easy way to attract & sustain interest in poetry.
Posted by Amanda Earl at 6:58 AM