Sandra Ridley & Erín Moure Open the A B Series

Twas a crisp night in early October when I strolled to the bottom of Gloucester Street & into Ottawa’s City Hall where, aside from being given the opportunity to vote in the upcoming municipal election, I had the choice—a much more interesting one—to attend the opening reading of the A B Series’ 8th Season. Ok, it wasn’t a choice at that point, I’d already decided that this was my plan.

The reading took place inside the recently named Karsh-Masson Gallery with an exhibit by Karsh Award recipient, Chantal Gervais. I love it when readings are in galleries. As E.  pointed out, when S. read, two arms from the photograph behind her surrounded her, as if they were buoying her up.

There’s a visceral rawness to Gervais’ work, triptych of a naked man’s body, photos of a neatly organized garage with a canoe suspended from the ceiling, x-ray type bodies, an examination of the other…the self…

“C has burrowed far into bodies—into intimate fat, flesh, the crooks of bones, injured limbs, her own scared, scarred heart…” from the catalogue & fitting for the evening’s readings.

S. read from new work & texts from recent responses to the art of Michèle Provost & the photography of Pedro Isztin. The new work was poignant & powerful. Sandra works primarily in the long poem format & the work is minimal. She reads carefully, gives the work space, given the readers time to breathe & take in her words. The Prairies were prevalent in both poets’ readings. & there were other intersections as well: music lyrics, fathers…

E. read from her latest book, Insecession a dual book with Chus Pato's Secession. C. writes in Galician. E. translates, adding her own parallel text. Biographies alongside notions of poetics.


Both poets work in the form of the fragment, don’t complete, don’t answer questions. This is satisfying to me. & then the organizer, Max Middle, took a photo of the two of them, side by side, jumping in at the last minute to be part of the moment.
Posted by Amanda Earl at 3:30 AM No comments: 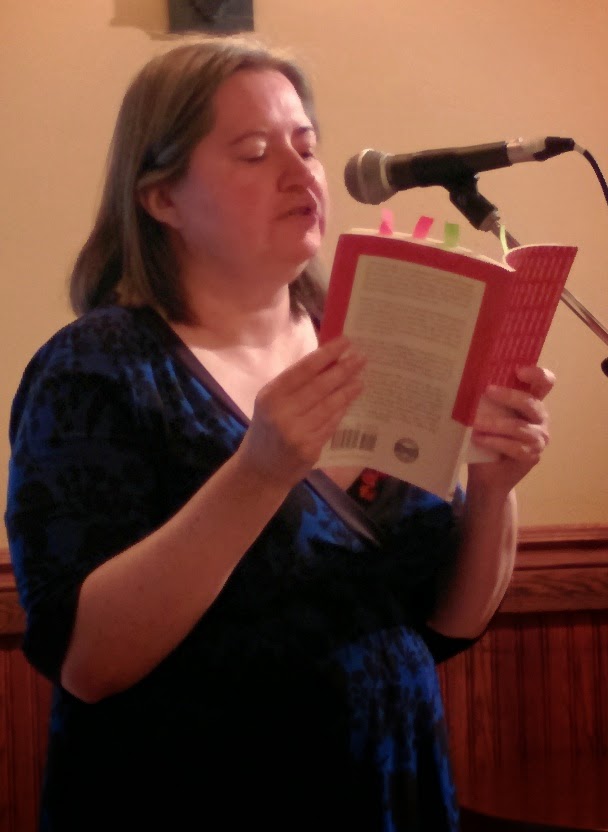 I don’t remember when I first dreamed of having a poetry book published. I kept it to myself, tried not to imagine it because I never believed it could happen, but on January 1, 2014, I received the great news that Chaudiere Books would be publishing Kiki.


This year has been full of splendour & goodness, but it started with that first bit of happy news.

The books were delivered personally by my publishers, rob mclennan & Christine McNair of Chaudiere Books.

Friends sent pictures of the book on bookstore shelves. A few people have even written kindly about the book.

I've even been interviewed already about myself & the book's creation & development. 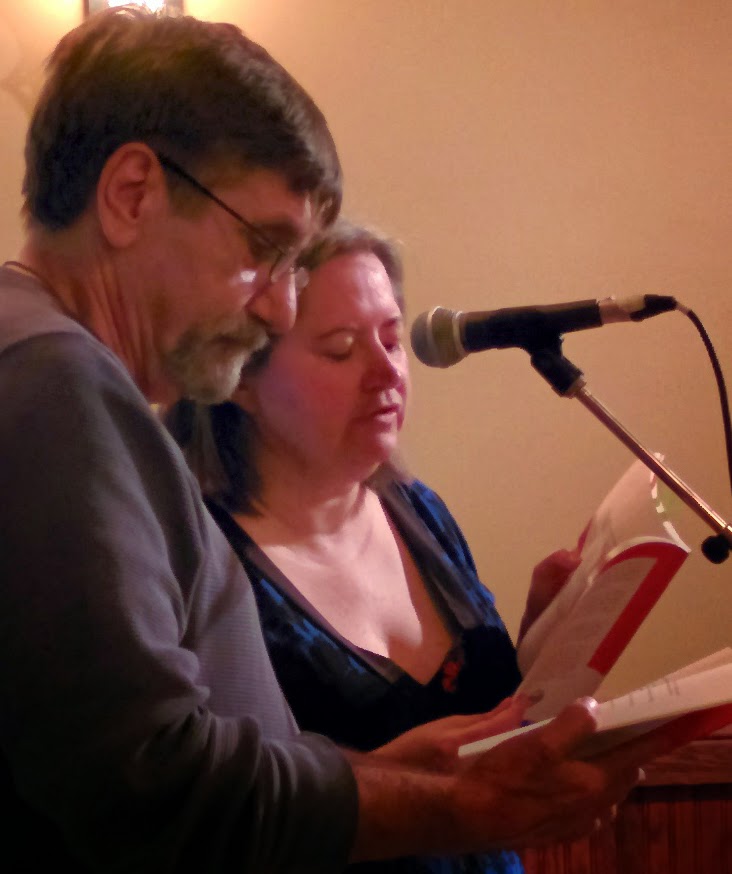 The launch lived up to the dream. I had the pleasure of reading with two friends, also launching that night: Roland Prevost & Monty Reid.  The room was full of supportive & dear friends; my two loves, Charles & Tom surrounded me & kept me calm. & I had great fun reading a section of the book with Tom.

Thanks to rob & Christine, dear friends & publishers of Chaudiere Books, to Sean, Kira & Leslie of the Festival, to Mike, who did such a fabulous job on our sound for both this event & the Bywords John Newlove Poetry Award, to Carmel, our tireless book seller, to all who attended & showed their support. Ottawa’s literary community is sweet as pie & enriches me.

I'm hoping to read a bit further afield, if invited, but i'll never forget the kindness & support shown to me by Ottawa's  poetry enthusiasts.

[photos by Charles Earl]
Posted by Amanda Earl at 3:30 AM No comments: