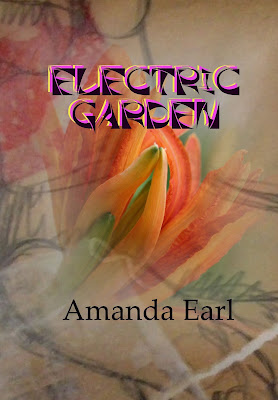 I'm thrilled to announce that my manuscript, "Electric Garden," has won the Tree Press Chapbook Award administered by the Tree Reading Series. The judge was brilliant Ottawa poet, Stephen Brockwell, who wrote "There’s a willfully joyful complexity to Electric Garden’s exploration of female ageing and its accompanying social silences and invisibilities. These poems never settle into mere complaint. Amanda celebrates the potential energy—physical and creative—in the transition by engaging with other texts and mucking about with the declining pronouns for the self in the rust-belt of our later years."

Tonight I will be reading at the Tree Reading Series, Black Squirrel Books. More info on the reading is available here:

Heartfelt thanks to the Tree Reading Series, and to Stephen Brockwell, to Claudia Coutu Radmore, who designed the chapbook, to all the open mics where these poems have been tried out and readings/journals where they’ve been featured and published and the City of Ottawa and Ontario Arts Council for funding.

Electric Garden is part of a larger work called “Grace: City Poems Under the Influence of Buckley, Barnes, Cixous, Jacobs, Midol, the seasons, melancholy and gin.” I began the series in 2015 with the help of participants in a workshop I took with rob mclennan at his home in Alta Vista.

Words and phrases in italics come from various sources, which I credit in print.

The Tree Reading Series began in 1980 and has been a stalwart supporter and promoter of  not only Ottawa's literary community but the Canadian literary community at large, inviting readers from Vancouver to Newfoundland. It's always treated me well. I am honoured to have my work included as part of the award.