Best of 2011: Poetry: The Eye-&ear-ballery of Linda Besner 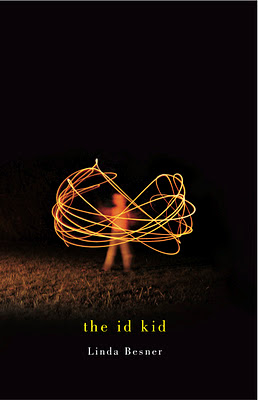 the book starts with a bit of dialogue between the devil & Bobby Gould from the David Mamet play "Bobby Gould in Hell" & sets up expectations for humour & hopefully dark humour.

Besner read from the id kid this year at Plan 99, the excellent reading series hosted by David O'Meara at the Manx Pub & this is the first time i'd ever heard her read. what struck me right away during the reading was Besner's sense of imagination, fun & play. she read one poem (i believe it was "Discarded Chairs") in a New York accent, not afraid to dare to try something madcap.

the book title was inspired by those commercials for the Ove Glove, causing Besner to play with the odd rhyme for other words. I enjoy Besner's sense of word play in such poems as Umbrella, the opening poem in the first section, Knick Knack. & her quirky descriptions, seeing objects from a point of view i hadn't thought of. Besner is good at the turn & the surprise ending. She also shows a lot of sass in her poems.

Besner is excellent at long lines, many of them punctuated by short phrases & sentences within the line. Many of her poems are about objects, especially those found on construction sites. We had a post-reading chat where we both admitted a love of construction sites. She gives these objects voices in poems such as Demolition Site: AIDS, 1990 with objects such as a plastic sheet, the scaffold & caution tape speaking, each with a different voice, different rhythms, different vocabulary. The scaffold, for example, has a rather lofty vocabulary, whereas the caution tape offers imperatives without preamble or hedging. The pit offers short & staccato lines with hard k sounds & dark imagery.

the id kid, like pop rocks, is fun for your mouth but it's much more than that. in the book, you will find wit, intelligence, self-deprecating humour, a sense of awe, wondrous word & sound play & a great sense of fun.

i'll leave you with one of the poems from the book, but you should read Michael Lista's more erudite & comprehensive review of the book over at the National Post.

It was minor, really--a quick lancing of dense matter, removal
of obstruction to the cochlear passageway--

but now everything is in major key, every object
a previously empty house where, suddenly, frying pans sizzle

Pot-lids now clang, the gas stove lights with a whoosh, a quick
redness lands whistling on the bird-feeder, feathers aslant
to the wind.

Almost as surprising are things that look noisy, but aren't:

peach pits, their fire alarmish quills mute
unless tossed into a metal trashcan;

Then the way some things steal sounds meant for others:

the thrum your curly hair ought to make displaced
onto the fuzzed bugling of bees;

your cheekbones' cymbal crash
the clarion clapping of keys.

What to make of the bodiless instruction to wit: to woo
delivered in darkness, a pinecone dropping as a branch lifts?

How odd that, skimming over the wet grass,
a voice and its thing come easily untwined, so we are still unable

to point out to each other, to say with certainty,
yes, that's it,
that one,
there--

a cardinal.
Posted by Amanda Earl at 1:41 PM