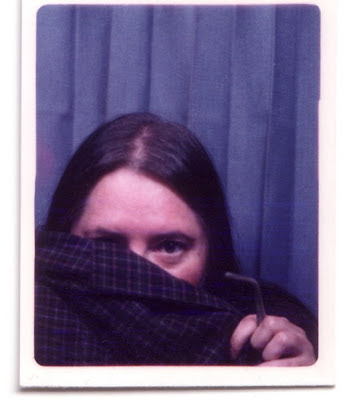 i've often thought it would be fun/interesting/provocative to have a talk radio show about poetry. sometimes I catch the last few minutes of CKCU's Red Zone, a sports talk radio show on Friday mornings because it is just before Special Blend.

I think it's fascinating the way the hosts talk about all the different sports & teams & players. It's a mix of opinion & info. not being capable of hosting a radio show, I thought I would offer such about poetry, but in writing, right here on this blog, possibly weekly but more likely occasionally. these entries will not be the be(e) all end all of what's going on in the world of poetry, but will include whatever has come to my mind/eye/hand in the past week. here's my first offering…

a fairly quiet week for poetry readings. Abby Paige read at Voices of Venus this past Wednesday. Abby read for Bywords at our January event & it was a pleasure to meet her & hear her work. she's a newcomer to Ottawa & you can read more about her on her blog here.

& rob mclennan, editor of both above/ground press & Chaudiere Books, has lots of great reviews, interviews & links over on his blog. these days he seems to be concentrating on American poets. his Factory Reading Series will bring some great & lesser known by the mainstream poets to the upcoming VERSeFest (Feb 28-March 4, 2012)

Pearl Pirie has written a report & provided photos on the recent first Ottawa women's slam at VERSefest's pre-fest event over on her poetry blog here. I am not into slam myself but for those who enjoy...sounds like it was a heck of a good time.

Speaking of all women's initiatives, did you know there's a new & dynamic young women of colour collective in Ottawa? They are called Project Reclamation & combine spoken word, music, dance & other artistic activities & will have an event coming up later this month. Here's their site.

Joyland, a hub for short fiction has begun a new poetry site which is region-based. I am assuming Ottawa is lumped in with Montreal Atlantic but am not sure. we could be in the Toronto section? it's still very much in progress, with most areas not yet filled in by anything but lorem ipsum, but it sounds promising.David McGimpsey is the editor of the Montreal Atlantic & Toronto regions while Jon Paul Fiorentino is the editor for the Prairies. To start, he offers us selections from Lyrics & Poems from the Weakerthans' frontman John K. Samson.

Coach House Books will now offer free downloads when you buy print editions of books. I think ECW is doing the same. It makes sense, but means nada to me, since I'm not into the whole e-book thing. but if it helps booksellers & publishers get books into the hands of those who want them, good. & if it gets folk talking about the press, that's good too. i understand they are changing/have changed from a single poetry editor (Kevin Connolly) to a board(Connolly, Susan Holbrook & Jeramy Dodds). More info here.

Canada Reads was all nonfiction this year. on occasion they include a poetry title. I'd love to see an all poetry Canada Reads. hey, if they could do it for nonfiction, they could do it for poetry. imagine the panelists they'd choose: Don Cherry, Jan Arden, perhaps Chef Michael Smith…(yes, but what does it mean!?...all poets are terrorists of language…I can imagine the battle now…) [note that the National Post had a three-week online Canada Reads Poetry segment with an all poetry pannel last April; see here.]

Concordia University's student journal Soliloquies (a word I can never spell right) has a new issue launching this evening & a call for submissions. emphasis for poetry seems to be on the minimal.

Mansfield Press poetry editor Stuart Ross has announced the new spring poetry titles over on the FB group. Particularly excited to see a new work by Nelson Ball on the list.
In This Thin Rain, by Nelson Ball
Holler, by Alice Burdick
Sympathy Loophole, by Jaime Forsythe
What's the Score?, by David W. McFadden

Duration Press, a small press out of California, has made out of print books available as free pdfs. it's a goldmine. so far I've been enjoying Cole Swensen's It's Alive She Says & am looking forward to going thru Juliana Spahr's book, Norma Cole & more. it's madness.

This week, thanks to either Harriet or UBUWEB, I discovered the Third Coast International Audio Festival, which offers a roundup of recordings available on the Internet. I listened to a disturbing set of recordings of Anne Sexton's sessions with her therapist & comments by her daughters. disturbing but fascinating, including listening to Sexton read from her own dark, mad & evocative poems. I worry sometimes that I am not mad enough or disturbed enough to write poetry. the first bit of the show is about Hopper's painting Nighthawks, so it takes about 10 minutes or so before you get to Ms. Sexton.

Speaking of Ubuweb, they have posted a fascinating documentary on Brion Gysin .

Finnish virtuoso visual poet Satu Kaikkonen is looking for visual poems centered on light on her monthly Time for a Vispo blog.

Jim Wittenberg's work is featured over at the New Post-Literate.

derek beaulieu is coming to Ottawa in March to talk visual poetry at the A B Series. & he has a new chapbook that will be out with above/ground press. he's also been shortlisted for Calgary's poet laureate. good luck, derek.

loving the man/nature tension. these days I need the wilderness

Ms. Lemay is the queen of beauty & stillness in her poetry, her essays & her photography & musings on her blog. I love her fascination with objects & with beauty.

These are essays by a poet who meanders beautifully into all kinds of territory, centred particularly on her life with still life painter Robert Lemay & her daughter. I have already learned that Zeuxis is the phenomena by which animals think art is real: a bee flies into a painting of lilacs…