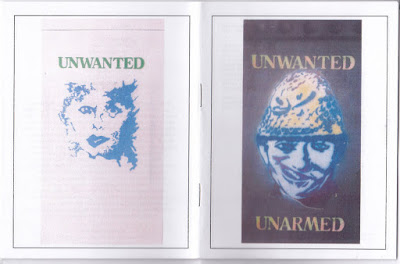 an excerpt from "All the Catharines" appears in Issue 64 of Unarmed, a wee journal from Saint Paul, Minnesota. the front & back covers are by fellow Ottawan, jwcurry. red giant, a chapbook by rob mclennan was also included in the envelope. love the cover by dearly departed artist Barbara Caruso. 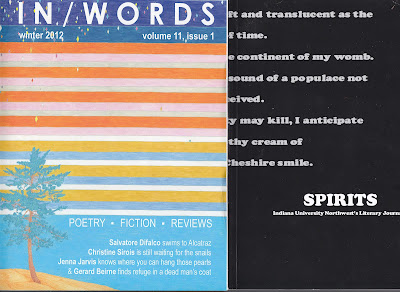 one of my ghazals is published in the winter 2012 issue of In/Words Magazine put out by the lovely In/wordians at Carleton University; the spring/summer 2011 issue of Spirits, Indiana University Northwest's Literary Journal which has William Allegrezza as its faculty advisor published "Songs of Evolution" my brief sequel to "Welcome to Earth (poem for alien(s)" (Book Thug, 2008)
Posted by Amanda Earl at 8:12 AM