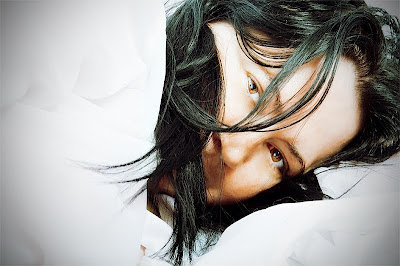 Greetings readers. i have spared you a photo of me in a bunny costume in favour of this vintage pic from a few years back.

here are a few gleanings from the end of March-ish to early April-ish...

Congratulations to Sandra Ridley for winning IFOA/Now Magazine's Battle of the Bards with her reading from Post-Apothecary (Pedlar Press, 2011). I'm pleased as punch to see the great skill of an excellent poet recognized. As winner, she will be a feature at the International Festival of Authors this fall & have an ad for Post-Apothecary in NOW Magazine, which is cool, very cool. i once saw my name in NOW numerous years ago (no, it was not in the escorts section) for an event in Toronto & i was thrilled, i tell you...

If you haven't yet listened to Degen's interviews, you should. as of this issue of PTWAE, he's done five of them. they take place in his home library, witnessed by Mordecai, the wild puma. they are lively, casual & very Dick Cavettesque, for those of us who remember the Dick Cavette show: literate, intelligent, funny with a good range of guests.

Gaspereau has a lovely new site & also go over to the blog & see some of the gorgeous letterpressness that went into making Peter Sanger's new poetry collection.

Stuart Ross, who hates open mics, interviews Bruce Kauffman, who likes them. Stuart will be coming to Ottawa with a posse of poets from Mansfield Press on April 18.

Open Book Toronto has an interview with Natalie Zina Walschots about her new book Doom: Love Poems for Supervillans (Insomniac Press, 2012) with illustrations by the very talented Evan Munday. Supervillains, as Natalie says, are much more fun than superheroes.

OBT has a new column called The Gutter & launches it with an interview with poet Jenn Currin. Ms. Currin's The Sleep of Four Cities (Anvil Press, 2005) is nestled on my shelf lovingly between ee cummings' i. six nonlectures (Harvard University Press, 1953)
"Let me cordially warn you, at the opening of these socalled lectures, that I haven't the remotest intention of posing as a lecturer. Lecturing is presumably a form of teaching; and presumable a teacher is somebody who knows. I never did, and still don't know." hear, hear, Mr. Cummings.
& jwcurry's Objectionable Perspectives. (Outlands four : The Hellebore Press, MCMXCVIII) & may i say, never have i enjoyed stinkwort more...

the series is also on Open Book Ontario & features an interview with Carolyn Smart, who will be in Ottawa as part of the A B Series along with Sachiko Murakami in June.


Speaking of the A B Series, singers & non-singers alike, register for Phil Minton's Feral Choir Workshop & perform in May.

the Griffin Poetry Prize shortlist comes out April 10. one of the judges this year was Ottawa's own David O'Meara. exciting!

another National Poetry Month initiative comes from Found Poetry. they mailed found poetry kits to a bunch of different places & are now publishing the results. you can make a kit yourself to send out during the month of April. & take a look at the poems coming in

& for a bit of shameless not really self promotion, have you visited the AngelHousePress site NationalPoetryMonth.ca? it's an attempt to respond to the idea of "*national" & "poetry" in a bit of a different way…you'll find poems by 30 different contributors from 5 different countries & engaging with the notion of what makes a poem.

Christian Bök's back with something new & whimsical, Bibliomechanics, a Rubiks cube like writing generator. brings to mind Gregory Betts' Haikube made from "one of Matt Donovan and Hallie Siegal’s History Machines"


NOŌ Weekly is an American journal. every issue has a different guest editor & the April 4th issue's guest editor (not gust editor, silly fingers) is Joseph Massey. I am very fond of the tender couplets of Andrew Hughes in "(from Northern Lights) the Fire Sermon" "As an emblem of absence /the poem is a desire of /utopia. What I hide with language//my body utters." Canadian Mark Truscott gives us "two poems from Branches" & they are quite lovely, brimming with sound & image whilst remaining very minimal as is his way. brushstrokes. Also floating my boat was Magdalena Zurawaski's "[If the Water's Cold a Person Finds Something Else To Do Besides Swim] & not just because of the title, which admittedly is great. reflections & miss(ed)/directions.

it occurs to me that another way i can do these poetry talks is to share ongoing stuff of which poetry is made, so for a while until i lose interest or perhaps until you do, dear reader, i shall report on books, art, music, film etc that crops up & tickles my poetry bone. (no, i did not say boner...stop giggling & nudging one another...)

happy candy egg & chocolate bunny weekend to all who celebrate such….
Posted by Amanda Earl at 12:51 PM