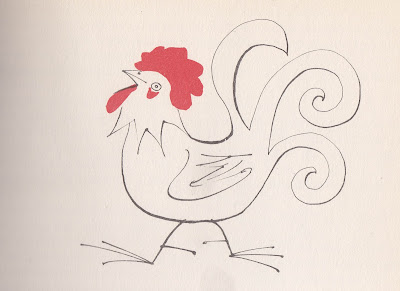 Greg Santos gave us four choices. I chose one I’ve never done before: write poems based on titles from a book’s table of contents. I chose English Fairy Tales (Golden Pleasure Books, 1965) and thought: haiku—why not? I haven’t strictly adhered to 5/7/5 syllables when I just couldn’t resist making a line even sillier.

The Cat and The Mouse

A Frog He Went A-Wooing Go

Once upon a time
weed was decriminalized
everybody climbed

The Story of Tom Thumb

Once upon a time
a cat burglar did some time
yeah, he was all thumbs

The Princess and the Hazelnuts

Once upon a time
Molly caused euphoria
not panic attacks

The Well of the Three Heads

The Black Bull of Norroway

Once upon a time
media moguls
traded in bull shit

Dick Whittington and His Cat

Once upon a time
he liked autofellatio
now he licks pussy

Once upon a time
the two guys measured their dicks:
a crime of passion

Goldilocks and the Three Bears

Beauty and the Beast

Once upon a time
Geddy Lee had a rock band
he’s a Canuck, eh

Jack and the Beanstalk

The Abbot of Canterbury

The Wise Men of Gotham

Once upon a time
spring followed winter, tulips
didn’t bake with heat

Thanks to Greg Santos for the excellent prompts.

For those of you who are just joining us, The Found Poetry Review is celebrating National Poetry Month by offering daily experimental writing prompts from writers. I will be responding to them at poetic whim.
Posted by Amanda Earl at 12:19 PM

These are fabulous. What a goo laugh I've had reading them.

thanks, Marilyn. they made me laugh writing them. :)